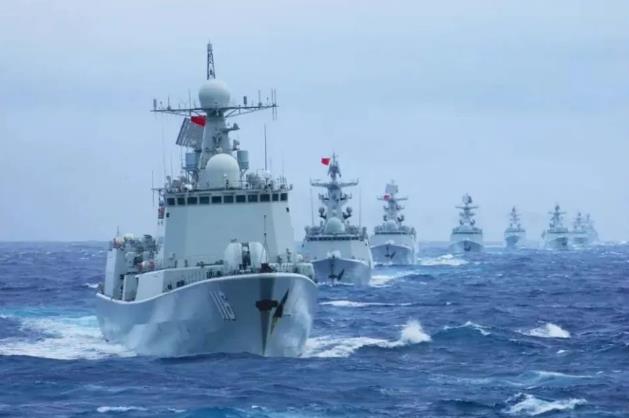 The geopolitical situation is always fragile, and fragile is always wanting to worsen.

The industrial competition between us and some surrounding countries has reached the point where it is about to crush others, such as the chemical industry in South Korea or the heavy industry in Japan. Our Chinese enterprises feel that they can develop further, but the enterprises in these countries will not be able to bear it.

The relationship between us and some surrounding countries in the trade chain has also gradually become subtle. For example, the spilled production capacity has reached other people’s land. If we want to have zero tariffs, they say that it is dumping. The safety of our raw materials is also more difficult to guarantee, because the transportation of raw materials in Australia goes through the sea.

There is always a bit of friction in the wind and waves on the ocean.

If there are only us in the surrounding countries, it’s okay to say that even if the situation turns white-hot, Japan and South Korea will not have any second thoughts. Japan cannot rearm, South Korea cannot be aggressive, Southeast Asia cannot jump from side to side, and Australia cannot easily turn against China. .

The problem is that the neighboring countries are not only us, but also countries with long hands, and they have to instigate these countries to participate in the process of containing my development.

It’s not good that the situation is going to get worse, but it’s even worse if we can only complain about it getting worse.

We signed a security agreement with Solomon Islands today, do you have any reaction? Is it a protest? Or go to war directly?

If it is just a protest, it means no protest, and tomorrow we will go to a bilateral agreement with Samoa.

If there is no response or no response, we first choose a country to sign a security agreement. Look at the reaction again. It’s not just cutting sausages, who can’t cut the same. After we have signed a security agreement with the South Pacific, it is always possible to establish an overseas security base, right? After all, we have so many safety agreements, helping the grandmother in the South Pacific to find the lost bicycle is very fuel-intensive, it is better to protect it on the spot.

After establishing the support base, let’s take a look at the response.

Whether we admit it or not, the island chain is there, the ocean is there, and freedom of navigation cannot be denied. You do your island chain, I do mine, and we develop peacefully.

The building of a community with a shared future for mankind is not something that can be achieved overnight. If you are impatient, you will not be able to eat hot tofu. Our navy cannot always live under the shelter of shore-based armed forces.

Therefore, we must build a strong people’s navy. Only the deep blue navy can defend our growing presence abroad, defend our diaspora, and defend our friendly countries.